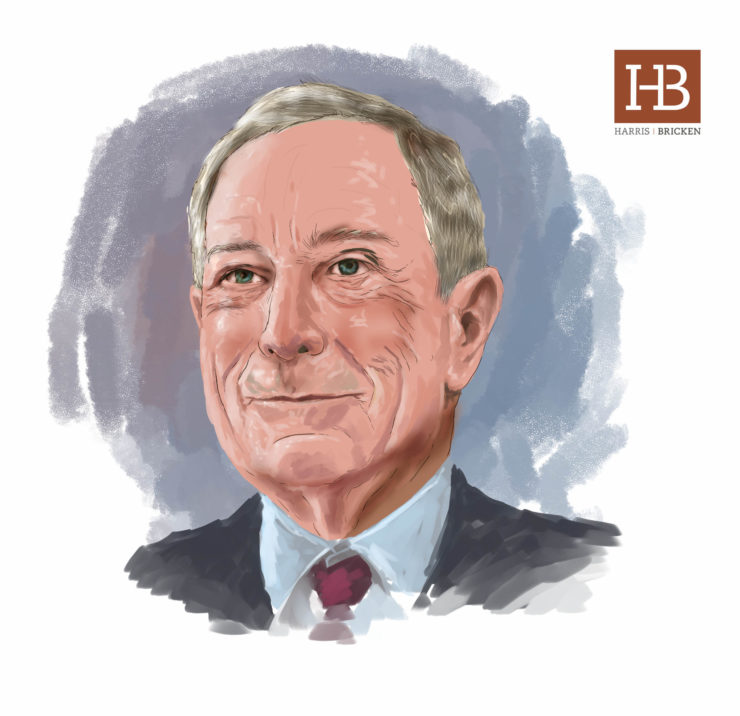 Last fall, we ran a 13-part series taking a hard look at each of the 2020 presidential candidates’ history and views related to marijuana. We assigned each candidate a letter grade corresponding with our analysis (for the final summary post, go here). In that popular series, grading criteria was as follows:

Many candidates have since dropped out of the race, but a handful remain. After we concluded the series, businessman and former NYC mayor Michael Bloomberg announced his entry in to the race. Bloomberg’s summary is below.

Stance on marijuana: This past December, Bloomberg’s campaign told the Wall Street Journal that he supports the decriminalization of marijuana. However, he does not mention marijuana reform on his social media nor on his campaign website. Bloomberg’s website paints the former NYC mayor as a long-time advocate for criminal justice reform, but his past rhetoric and legislative history tell a much different story.

History with marijuana legislation: In 2001, Bloomberg was elected mayor of New York City as a Republican. He won reelection in 2005 and again in 2009. In 2018, Bloomberg registered as a Democrat and in November of 2019 his announced he was running for president.

The topic of cannabis was first addressed publicly by Bloomberg in 2001, when he was asked in an interview if he had smoked marijuana. Bloomberg replied: “You bet I did. And I enjoyed it.”

Despite this lighthearted admission, Bloomberg was opposed to marijuana legalization throughout the course of his mayoral career, in the past referring to cannabis as a “narcotic”, asserting that it reduces IQ, and refusing to acknowledge the possibility of its medicinal use. His time as mayor also coincided with a spike in arrests for cannabis possession. In fact, the number of arrests for possession under Bloomberg exceeded that of the previous three mayors combined. In 2011, Bloomberg also opposed a bill proposed by state senators that reduced the penalty for possession of small amounts of cannabis.

Bloomberg’s presidential campaign website presents his time as mayor as successful at criminal justice reform, citing reduced murder rates and reduced incarceration during his time as mayor. Arguably the most memorable aspect of Bloomberg’s mayorship, however, was the expansion of New York City’s “stop-and-frisk” program, which allowed police officers to detain and search members of the public without probable cause. This policing strategy undoubtedly resulted in many arrests and convictions for marijuana possession.

In 2013, a judge ruled that the implementation of this program by the NYPD to be unconstitutional, as blacks and Latinos were disproportionately frisked. Despite this express finding of racial profiling, Bloomberg long maintained his support for the program, vetoing policing reform bills as mayor and claiming that stop-and-frisk was an effective method of crime reduction years after he had left office. This past November, Bloomberg finally admitted that stop-and-frisk had done more harm than good, but this apology comes far too late.

Conclusion: We award Bloomberg a “D-” grade because he does not support the legalization of marijuana and because of his history of anti-marijuana rhetoric and policies. As mayor of New York, Bloomberg actively obstructed attempts to reform the criminal justice system and fully supported a racist policing tactic, even after a judge ruled that its implementation had been unconstitutional.

PrevPreviousThe Sale of CBD Foods Is Legal in the UK (For Now)
NextHemp CBD Across State Lines: OklahomaNext