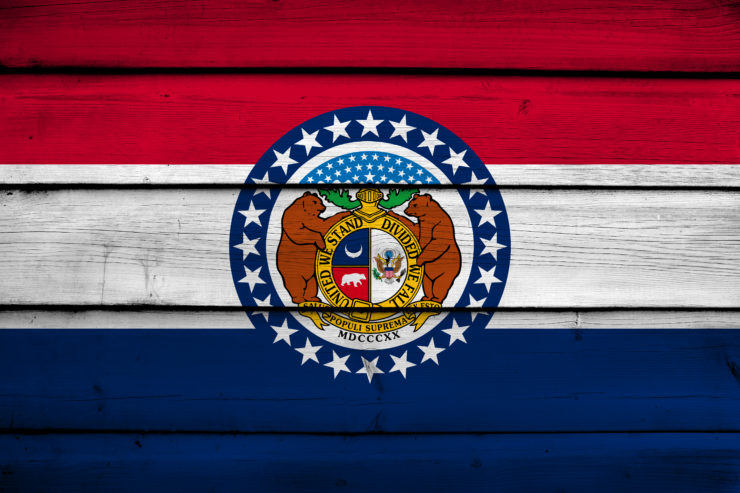 In light of these legislative changes, we are presenting a 50-state series analyzing how each jurisdiction treats hemp-derived cannabidiol (“Hemp CBD”). Each Sunday, we summarize a new state in alphabetical order. Today we turn to Missouri.

On June 1, 2018, Missouri passed House Bill 2034 (“HB 2034”), which has been codified, in part, at MO. St. 195.010, and legalized the cultivation of industrial hemp. Industrial hemp include “industrial hemp commodities and products and topical or ingestible animal and consumer products derived from industrial hemp with a delta-9 tetrahydrocannabinol concentration of not more than three-tenths of one percent on a dry weight basis[.]”

The program became effective on August 28, 2018 and is overseen by the Missouri Department of Agriculture (“MDA”). The MDA published proposed rules, which it recently amended, to align with the USDA hemp interim rules published on October 31, 2019. Accordingly, the MDA has yet to issue licenses under the program.

Although the MDA regulates the cultivation of hemp, the agency does not oversee the production of Hemp-CBD products, including Hemp-CBD foods and beverages. This task seems to fall under the Department of Health’s authority. Missouri law provides that “[a] food shall not be considered adulterated solely for containing industrial hemp, or an industrial hemp commodity or product.” Nevertheless, the state seems to defer to FDA regulations when providing additional resources on hemp and hemp products. The manufacture, distribution and sale of other Hemp-CBD products, including smokable products and cosmetics, is not apparently authorized nor restricted under Missouri law, meaning these products are probably lawful but remain unregulated at the moment.

Despite the enactment of HB 2034, some confusion remains regarding whether it is lawful to sell and possess hemp extracts, including Hemp-CBD oil, in the state. As part of a limited medical cannabis program, Missouri regulates the use of hemp extracts, which are defined as extracts from cannabis plant material that have less than 0.3% THC and at least 5% CBD by weight and contain no other psychoactive substances. Since 2014, access to hemp extracts has been limited to patients suffering from intractable epilepsy that are registered with the Missouri Department of Health. HB 2034 expanded who may legally possess Hemp-CBD,  as the bill does not include possession limits. Yet, the Department of Revenues recently reached out to the state’s Attorney General’s office to clarify this issue, asking whether the department could issue sales tax licenses to businesses selling Hemp-CBD. Unfortunately, both the Attorney General’s Office and the Department of Revenue decided not to make the opinion public. This, local reporting explained, led to “a type of don’t-ask-don’t-tell policy, creating an environment in which businesses selling CBD oil can get a sales tax license as long as they don’t say they are selling it.”

Therefore, for the time being, the sale of Hemp-CBD products is unregulated, creating potential liability risks for sellers in the states.