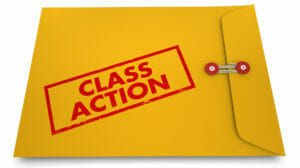 A couple of months ago we reported on a decision in the Southern District of Florida in which the court stayed a putative class action lawsuit against a seller of cannabidiol (CBD) products until the Food and Drug Administration (FDA) completes rulemaking regarding the marketing, including labeling, of hemp-derived ingestible products. The case is Snyder v. Green Roads of Florida, 0:19-cv-62342-UU.

When a lawsuit is “stayed”, litigation is halted or postponed, sometimes indefinitely. Reviewing the Synder outcome, we wrote: “So does the Snyder decision mean that companies selling CBD products may forge ahead and worry about the consequences later? The answer is a resounding ‘no’ for three reasons.” The first reason we gave was that the Snyder decision is not binding precedent on other federal courts, so “no other federal district court or state court is required to reach the same result in a similar case.”

This explanation bore fruit when on March 30, 2020, a different judge in the Southern District of Florida reached the opposite result as the judge in Snyder.  In that case, Potter v. Potnetwork Holdings, Inc., et al., No. 19-cv-24017-Civ-Scola, Judge Robert N. Scola, Jr. denied a motion to stay a putative class action brought by the defendants who asked the court to stay the litigation until the FDA promulgates regulations governing the marketing and sale of hemp CBD products. (Feel free to Email me if you’d like a copy of the complaint).

Why the different result? Before answering that question, let’s revisit why Judge Ungaro granted the motion to stay in Snyder:

The Court [in Snyder] granted Green Roads’ motion to stay based on the primary jurisdiction doctrine. Generally, that doctrine applies where a plaintiff’s claims implicate a federal agency’s expertise with a regulated product. In finding the doctrine applicable, the Court noted that regulatory oversight of CBD ingestible products, including labeling, is currently the subject of rulemaking at the FDA and that the FDA is “under considerable pressure from Congress” to expedite the publication of regulations and policy guidance.

After weighing the factors applicable to primary jurisdiction analysis, the Court found that the plaintiffs would suffer little prejudice if the action were stayed and that guidance from the FDA would benefit the Court greatly. As the Court intimated: if Green Roads’ labeling practice were compliant with FDA standards, plaintiffs likely could not prevail on the FDUPTA claim; if not, plaintiffs chances of success are much improved. So the Court stayed the lawsuit pending the FDA issuing regulations, which regulations will have a huge, and perhaps decisive, effect on the merits of the lawsuit.

With that background, let’s turn to Potter. The general tenor of the lawsuit is much the same as in Snyder and other class action lawsuits against companies selling hemp CBD products. The Potter plaintiffs allege defendants mislabeled their products and pleaded the products did not contain the claimed amount of CBD.  The complaint brought claims for unjust enrichment, breach of express warranty and violation of the Florida Deceptive and Unfair Trade Practices Act (FDUPTA). The defendants moved to dismiss several claims for failure to state a claim and asked the court to exercise its discretion to stay the action pursuant to the primary jurisdiction doctrine (just like in Snyder).

Turning to the arguments of the parties, plaintiffs argued against the stay on the ground that whatever new FDA regulations may come about, the new regulations would not change the fact that manufacturers cannot state that their products contain a certain amount of CBD when they actually contain significantly less.

Judge Scola agreed with this argument. I do as well. Judge Scola explained that the FDA is eager to examine safety risks, dosage considerations, manufacturing standards, and standardized definitions for the ingredients (like hemp oil) in CBD products. But Judge Scola did not believe that the FDA would modify disclosure requirements and the defendants did not point to any regulations under consideration that may affect these labeling requirements. Moreover, it did not appear likely to Judge Scola that the FDA would change the labeling requirements at issue in this case—that the amount of CBD on label should accurately reflect the amount of CBD in the product. For these reasons, Judge Scola denied the motion to stay.

The Southern District of Florida is part of the Eleventh Circuit. So resolving the difference in opinions falls to that court. But in the Eleventh Circuit, neither an order staying a case under the doctrine of primary jurisdiction, nor an order denying a stay is an appealable order under the collateral order doctrine. See Feldspar Trucking Co. v. Greater Atlanta Shippers Ass’n, Inc., 849 F.2d 1389, 1391 (11th Cir. 1988); Beach TV Cable Co. v. Comcast of Fla./Georgia, LLC, 808 F.3d 1284, 1288 (11th Cir. 2015). The reasons for this are beyond the scope of this post, but the practical reality is that unless either order is reconsidered, the Snyder case is stayed while the Potter case moves forward.

The takeaway for companies selling hemp CBD products are, of course: (1) make sure your products contain the amount of CBD reflected on the label and, (2) do not count on staying litigation until the FDA issues regulations. The Potter defendants learned that one the hard way.