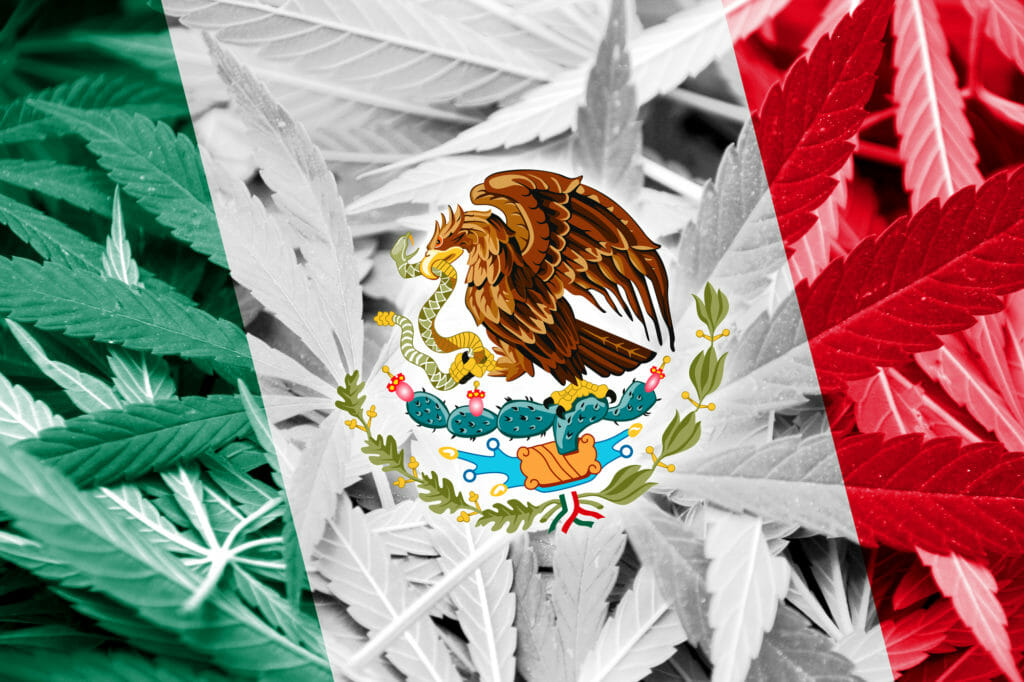 As we have reported in this blog, new legislation to regulate cannabis is in the works here in Mexico. A draft “Law for the Regulation of Cannabis” (the “Cannabis Law”) is under discussion by the Mexican Congress as we write. The Cannabis Law will be accompanied by “Regulations on Sanitary Control for the Production, Research and Medical Use of Cannabis and Its Pharmacological Derivatives” (the “Medical Regulations”), which are also a much-awaited breakthrough for the cannabis industry in Mexico. It has been publicized, however, that neither the Cannabis Law nor the Medical Regulations will provide for regulation of hemp.

We are not surprised. In recent years, much of the debate on cannabis legalization in Mexico has focused on the plant’s recreational and medical uses, but we have not seen the same amount of debate as in other Latin American countries on hemp. To us that seems shortsighted, as the global market for hemp is expected to grow from $4.6 billion last year, to $26.6 billion in 2025. Hemp products span multiple applications and could very well mean the surest way for cannabis to contribute to the reactivation of the Mexican economy post-COVID.

Hemp was prohibited in Mexico due to influence from the U.S. way back in 1940. At the time, Mexico did enact “Regulations on Drug Addiction”, which made it legal to grow the cannabis plant and administer cannabis drugs under Government supervision, treating consumers as patients and not as criminals and imposing taxes on growers. Because plant growing was covered by these regulations, hemp could also be cultivated. However, under pressure from the U.S. these regulations were repealed shortly after, and cannabis as a plant was overall prohibited, thereby killing the nascent hemp industry in Mexico.

Absolute prohibition of cannabis prevailed until 2017, when the General Health Law was amended to provide that any product containing cannabis derivatives in concentrations of 1% or less of THC, with ample industrial uses, can be merchandised, exported and imported “pursuant to the requirements set forth by applicable health regulations.” If it turns out that the new Medical Regulations, mentioned above, do not regulate hemp, we will have a situation where the “health regulations” stated in the General Health Law do not exist.

What does this mean for your business? It means that hemp, as an industry, remains and probably will remain unregulated in Mexico. Ok, and how does this work for you? Keep reading!

Although the General Health Law does not define or mention “hemp”, one can reasonably infer that it covers hemp because it allows for industrial use, merchandising, export and import of cannabis in concentrations of 1% or less of THC. This, in turn, means that hemp-related activities are lawful in Mexico—even without hemp regulations per se, and without specific licenses to apply for to conduct hemp-related activities.

Nevertheless, given the odd legal paradigm and the fact that activities with 1.0% THC cannabis technically remain prohibited and subject to criminal sanctions (unless used for medical purposes and prior license obtention), it is advisable to apply to the Federal Commission for the Protection Against Sanitary Risks (COFEPRIS) for a general authorization (i.e. not an actual license) for industrial hemp. Informing COFEPRIS as to which specific activities your company purports to conduct is also recommended. Those activities may include whatever is expressly mentioned in the General Health Law: merchandising, import and export. To those one might add production and processing (how would you have something to merchandise if you do not produce and manufacture it first, right?).

Again, Mexican agencies have not yet issued “applicable health regulations” related to hemp, as envisaged by the General Health Law. This means that COFEPRIS has no mandate to issue hemp licenses. Until that changes, COFEPRIS will not feel forced or incentivized to issue any authorization or licensure. Applicants should be prepared to pressure the authority into allowing hemp activities by pursuing amparo actions before federal courts. We are convinced it is worth the effort:  starting a business prior to formal rule adoption could be done at a fraction of the cost of entering after “applicable health regulations” issue. No regulation also means no caps on foreign investment and no restrictions imposed on these companies which are thinking of entering the medical cannabis industry, and would like to expand into hemp.

Finally, a prediction: the current state of affairs means that if hemp remains generally unregulated once cannabis legalization takes place, you could apply for medical cannabis licenses and hemp licenses at the same time. Following the above proposed course of action, you will be able to apply for hemp authorizations at any time, even after the eventual Medical Regulations and Cannabis Law enter into force. This could be particularly important for growing and processing licenses, whereby a company could apply for growing and processing cannabis licenses (verticality is expected to be allowed for medical use under legalization) and separately for a hemp license to process the cannabis waste. In this way a full sustainable economic circle would be achieved by a company, while many markets could be attacked at once.

In 2018, the U.S. legalized hemp, which left Mexico, the country in the region with the greatest potential to become a hemp industrial powerhouse due to climate and geography, as the only USMCA member State still criminalizing hemp cultivation. This has not been lost on both Mexican Senators and members of the private sector, who have been very vocal about the need to regulate the hemp and marihuana industries in Mexico at the same time, not only due to market value, but because of their huge impact on the agricultural, environmental and energy sectors.

Bottom line: Prepare to set up your hemp company in Mexico NOW. It is a vast industry when lack of regulation offers lots of possibilities for both Mexican and foreign invested companies. It also potentially provides for more sustainable business plans than other cannabis ventures in the long run.