It’s Time to Disband the DEA 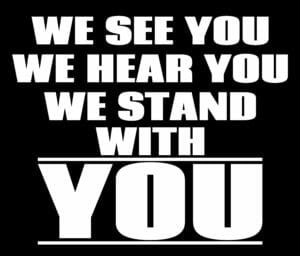 Racism in America is not confined to the criminal justice system, it is embedded in all aspects of our society, but the continued killing of Black men and women by police and law enforcement personnel has lead to a breaking point. The video of George Floyd’s murder is particularly gruesome and has lead to nationwide protests which seeking to bring meaningful and major changes to American police departments. George Floyd has “changed the world.”

Minneapolis and various other US cities are seriously considering defunding Though much of the focus has been on the protests and police responses, federal law enforcement agencies have been resisting change in less obvious but equally sinister ways.

Buzzfeed News first reported that the Department of Justice expanded the Drug Enforcement Administration’s (DEA) jurisdiction in response to these protests. According to a DEA memorandum, the agency requested to expand its jurisdiction beyond federal drug laws to include the enforcement of “any federal crime committed as a result of protests over the death of George Floyd.” The DEA justifies its position by claiming people are violently reacting to yet another murder of a Black man at the hands of police. Now, the DEA does not even need to suspect a drug crime has been committed to take action against protesters.

The DEA has been waging a War on Drugs that has disproportionately impacted Black people for nearly fifty years. George Floyd was killed over a counterfeit $20 bill, not an alleged drug offense, but the DEA has influenced racial policing that the world now protests.

The DEA should be defunded or, better yet, disbanded, as we suggested way back in 2015. It has failed to address the drug problem and it is beyond saving. It’s not just that the DEA has failed to keep Americans safe from drugs, gangs, cartels, and violence it has actively made matters worse.

In 1973, Richard Nixon created the DEA to enforce US drug laws and to coordinate drug controls. The drug problem in the US has not improved and is much worse today than when the DEA was formed. In 1973, 1.1 out of 100,000 deaths in the US were attributed to unintentional drug overdoses. In 2018, the CDC reported that 19.1 out of 100,000 were attributed to unintentional overdoses. Drug War Facts reports that in 1973 there were 328,670 arrests for drugs out of 9,027,700 total, meaning that 3.6% of all arrests were for drugs. In 2018 there were an estimated 1,654,282 arrests for drugs out of 10,310,960 accounting for 6% of all arrests. Americans are now 19 times more likely to overdose on drugs and about 5 times more likely to be arrested for drugs than they were the year the DEA was created.

The DEA’s repeated failures to mitigate or reduce drug-related deaths has not limited its scope or its budget. The DEA has infiltrated state and local police departments across the country and exerted its regressive enforcement policies nationwide by pouring resources into police departments. According to a report from the Government Accountability Office (GAO), the DEA’s focus shifted over time from its original mission of disrupting and dismantling major drug trafficking organizations to a focus on the “seamless continuum” of drug trafficking which includes “street-level drug gangs and other local community programs.” The GAO also found that the DEA devoted an increasing amount of resources to state and local law enforcement over time.

In 1986, the Anti-Drug Abuse Act solidified the DEA Task Force Program. These task forces allow the DEA to work with local law enforcement to enforce both state and federal drug laws. A 2015 article in Criminal Justice Matters by Rebekah Delsol outlined how these tasks force influenced racial profiling across the country:

The current understanding of racial profiling developed out of the ‘drug courier profile’ that was created in the mid-1980s by the [DEA] in an effort to combat interstate drug trafficking under the rubric of the ‘war on drugs.’ The DEA trained local law enforcement officials to look for ‘indicators’, based on a drug courier profile, that included race as well as behavioural clues such as nervousness or the use of rental vehicles. There was no evidence that that African-Americans and Latinos/as were more likely to use or transport drugs than their white counterparts, yet the DEA training materials described and pictured predominately minority faces. The targeting of minorities for traffic stops, searches and fines thus became common practice and embedded in policing policy and structure in police forces across the country.

The DEA linked criminal drug activities to minorities and then spread this biased profiling across the country.

The DEA and its racist policies are embedded in federal, state, and local drug enforcement. The Washington Post reported in 2019 that not one of 179 “defendants arrested in DEA reverse-sting cases in the Southern District of New York were white, [and] all but two were Black and Latino.” The ACLU reported that in 2013, a DEA task force in San Francisco’s Tenderloin District resulted in 37 federal prosecutions. All 37 defendants were Black even though 40 percent of those engaged in the Tenderloin drug trade are not. The US attorney dismissed the case against these 37 people after a federal district court judge found substantial evidence of racially selective enforcement and ordered the police department to produce further discovery. These are just a few examples of a much larger problem.

The Drug Policy Alliance has long tracked racial disparities in the War on Drugs. Nearly 80% of people in federal prison and 60% of people in state prisons for drug offenses are Black or Latino. In addition, Black people and Native Americans are more likely to be killed by law enforcement than other racial or ethnic groups.

The DEA’s existence conflicts with the simple premise that Black Lives Matter. The DEA has endangered and ruined Black lives throughout its history, while never succeeding in its statutory role of preventing drug use and stopping the drug trade. Now the DEA is trying to arrest protesters who seek to ensure that America’s “crime fighters” finally stop endangering those they are sworn to serve and protect. The DEA encompasses all that’s wrong with policing in America. Shutting down the DEA will not immediately fix everything, but it would be a huge step in the right direction.

It’s time we disband the DEA.

The post It’s Time to Disband the DEA appeared first on Harris Bricken.