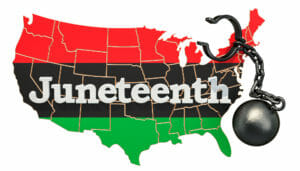 Several years ago, before becoming a business litigator, I had the great fortune of clerking for Judge Myron H. Bright on the Eight Circuit Court of Appeals. Born in northern Minnesota in 1919 to Jewish immigrants from Russia, Judge Bright served in World War II and afterward attended the University of Minnesota Law School. Upon graduating, he took a position at a law firm in Fargo, North Dakota at one of the few firms in the region that would hire persons of Jewish descent. In 1968, President Lyndon B. Johnson appointed Judge Bright to the Eighth Circuit where he served until passing in 2016.

Throughout his nearly 50 years on the bench, Judge Bright was a tireless advocate for equal justice under the law. This was perhaps most evident in his views on federal sentencing and the Sentencing Guidelines– in particular, the differences in sentences for crack and powder cocaine. In a multitude of dissents spanning two decades, Judge Bright regularly assailed sentences that treated persons convicted of offenses involving crack cocaine equal to, or worse, than murder. This is not hyperbole. See Robert Perkinson, Texas Tough: The Rise of America’s Prison Empire 336 (Metropolitan Books 2010) (“In 1995, the average federal prison term for a crack offense surpassed that of murder.”).

Take the case of United States v. Frank Edward Brewer, 624 F.3d 900 (8th Cir. 2010), in which the district court sentenced Mr. Brewer to 30 years in prison after a jury found Mr. Brewer had possessed and conspired to distribute approximately 150 grams of crack cocaine to police officers on four occasions. Thirty years’ incarceration was recommended by the federal sentencing guidelines, the same as if Mr. Brewer had committed second degree murder. (Second degree murder is what the police officer who killed George Floyd was charged with after the Minnesota Attorney General took over the case). The majority of the court affirmed Mr. Floyd’s sentence. In a scathing dissent, Judge Bright detailed the frenzied political climate that resulted in a crack cocaine sentencing scheme untethered to reality. (That scheme was the now infamous 100:1 statutory ratio, later reduced to 20:1 and which ought to be 1:1). Mr. Brewer was only 32 years old when he was sentenced.

The outrageous sentences for crack cocaine offenses fell largely on Black men. Equally outrageous analogues exist across the criminal justice system. In his Brewer dissent, Judge Bright cited research that on any given day, nearly one-third of African American men in their twenties were under some form of control by the criminal justice system. In 2008, although African Americans were only 13 percent of the population, they made up 40 percent of the federal prison population. These disparities, argued Judge Bright, are “due primarily to the focus of the ‘war on drugs’ on black drug users.” As of June 13 2020, African Americans were 38 percent of the federal prison population. See here.

That the War on Drugs has been war on people of color is no accident, as I pointed out in a post about efforts to deschedule marijuana. I quoted Nixon lackey John Erlichman in that post and it bears repeating:

“You want to know what this was really all about? . . . The Nixon campaign in 1968, and the Nixon White House after that, had two enemies: the antiwar left and black people. You understand what I’m saying? We knew we couldn’t make it illegal to be either against the war or black, but by getting the public to associate the hippies with marijuana and blacks with heroin, and then criminalizing both heavily, we could disrupt those communities. We could arrest their leaders, raid their homes, break up their meetings and vilify them night after night on the evening news. Did we know we were lying about the drugs? Of course we did.”

This did not end with Nixon as Michelle Alexander demonstrated in her 2010 book, The New Jim Crow, Mass Incarceration in the Age of Colorblindness. In her book, Ms. Alexander “shows that, by targeting black men through the War on Drugs and decimating communities of color, the U.S. criminal justice system functions as a contemporary system of racial control, even as it formally adheres to the principle of colorblindness.”

Communities across the country are demanding their elected leaders reform and defund law enforcement. Here at Canna Law Blog, we urge our leaders to push even further. We urge them to work tirelessly to stamp out the systemic racial discrimination pervasive in our criminal justice system.

We stand with you this Juneteenth.