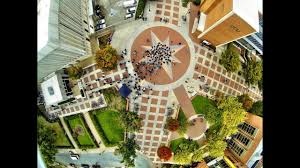 Ingredients in marijuana and the cannabinoid receptor protein produced naturally in the body to regulate the central nervous system and other bodily functions play a critical role in controlling spontaneous seizures in epilepsy, according to a new study by researchers at Virginia Commonwealth University.

The study, the first to look at marijuana and the brain’s cannabinoid system in live animals with spontaneous, recurrent seizures, suggests new avenues that researchers can explore in their search for more-effective drugs to treat epileptic patients who don’t respond to today’s anticonvulsant medications or surgery.

The results appear in the Oct. 1 issue of the Journal of Pharmacology and Experimental Therapeutics.

“Although marijuana is illegal in the United States, individuals both here and abroad report that marijuana has been therapeutic for them in the treatment of a variety of ailments, including epilepsy,” says Dr. Robert J. DeLorenzo, professor of neurology in the VCU School of Medicine.

“But the psychoactive side effects of marijuana make its use impractical in the treatment of epilepsy,” said DeLorenzo, who was the lead author on the article. “If we can understand how marijuana works to end seizures, we may be able to develop novel drugs that might do a better job of treating epileptic seizures.”

Epilepsy is one of the most common neurological conditions, characterized by spontaneously recurrent seizures. Approximately 1 percent of Americans have epilepsy, and 30 percent of those patients are resistant to conventional anticonvulsant drug treatments. Cannabinoids have been used as a natural remedy for seizures for thousands of years, and studies since at least 1974 have found that the primary psychoactive compound in marijuana displays anticonvulsant properties.

DeLorenzo and his colleagues in the VCU Department of Neurology and the Department of Pharmacology and Toxicology have been studying the therapeutic effects of marijuana on epilepsy and other illnesses for more than a decade. They were the first three years ago to show that cannabinoids work at controlling seizures by activating a protein known as the CB1 receptor that is found in the memory-related area of the brain, the nervous system and other tissues and organs in the body. Research has shown that the CB1 receptor is responsible for the psychoactive effects of marijuana. It also is responsible for controlling excitability and regulating relaxation.

The current study was designed to evaluate the role of the CB1 receptor and function of the body’s cannabinoid system in regulating seizures.

The team injected chronically epileptic rats with different combinations of six drugs: 1) an extract of marijuana, 2) two synthetic drugs that include the key psychoactive ingredients in marijuana, 3) the common anticonvulsant drugs Phenobarbital and phenytoin and 4) a drug to block the activation of the CB1 receptor by cannabinoids in the brain. The marijuana extract and synthetic marijuana drugs completely eliminated the rats’ seizures, which averaged three over a 10-hour period. The Phenobarbital and phenytoin failed to completely eliminate the seizures. Injection of the CB1 antagonist significantly increased the both the duration and frequency of seizures, in some cases to a level consistent with a severe, prolonged form of epilepsy known as status epilepticus.

“This study indicates that cannabinoids may offer unique advantages in treating seizures compared with currently prescribed anticonvulsants,” DeLorenzo said. “It shows not only the anticonvulsant activity of exogenously applied cannabinoids but also suggests that the brain’s cannabinoid system works to limit seizure duration by activating the CB1 receptor. Understanding the factors that contribute to seizure initiation and termination has important implications for our ability to treat epilepsy and for the potential development of novel anticonvulsant agents.”

DeLorenzo’s team is now assessing the dosage requirements and evaluating the long-term effects of using cannabinoids for epilepsy in animals.