Utah Cannabis: State of the State 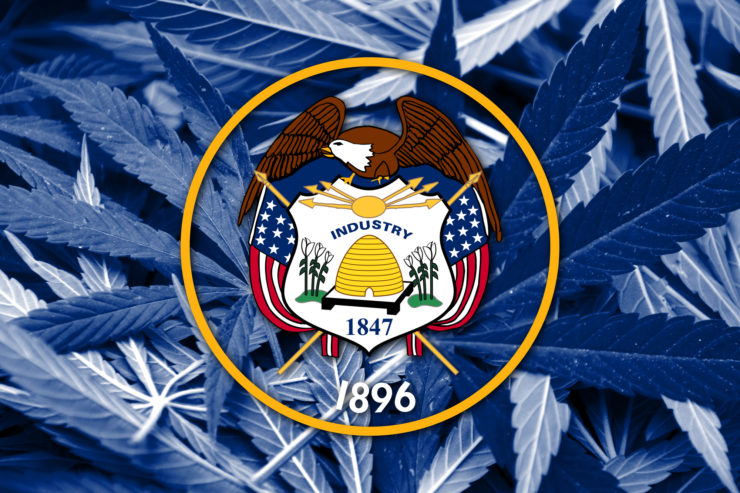 As I wrote in a prior blog post, Utah’s cannabis market has special characteristics that you are unlikely to find in other states. This is due in large part to Utah’s hardworking, predominantly conservative, and compassionate culture. Marry those qualities together and the parameters and developments of the Utah medical cannabis and hemp marketplaces make perfect sense. Overall, 2019 was a banner year for Utah’s cannabis marketplaces as it ramped up for 2020. Here’s the overview on 2019 and looking forward in 2020.

Utah’s medical cannabis marketplace is slated to launch this year, with qualified patients receiving medical cards by March 1, 2020 or possibly sooner. After the voter approved initiative passed in November 2018 and was modified by the legislature in December 2018, Utah’s divided proponents of medical marijuana ended up with a medical program that is both patient-centric and internally seen as socially responsible.

Utah’s voters, with the intervening pen of its legislators, approved a non-smokable medical cannabis marketplace with significant government oversight and involvement instead of a full-scale adult-use/recreational market. Questions such as the following were central to the discussion: (a) What are the most efficient delivery systems for medical cannabis? and (b) Which of those delivery systems is most likely to provide health benefits to the consumer without producing negative externalities? (For instance, marijuana smoke can be noxious to those in the near vicinity to the consumer, but eating chocolates, softgels, or gummy bears or rubbing oil on your body is less likely to infringe on others’ comfort and health.)

Utah cultivator licensing is currently closed at this stage, with only eight cultivators that received licenses out of 81 applications, although the legislature authorized 10 licenses. Seven of the cultivation sites are in rural areas and one is in an urban area. Licensees include both Utah companies and out-of-state companies with Utah ties. Processor licensing opened August 23, 2019 and remains open through August 2024, with an unlimited number of licenses available in two tiers. The application to become an independent cannabis testing laboratory remains open: the criteria can be found here. On January 3, 2020, the Utah Department of Health announced the companies that would receive the 14 medical cannabis pharmacy licenses. Eight of the locations may be open as early as March, with the remaining open as early as July. You can see the pharmacy map here.

The Agricultural Improvement Act of 2018 (“2018 Farm Bill”) legalized industrial hemp, and Utah responded by amending its Hemp and Cannabinoid Act on May 14, 2019. Amendments included referring to cannabinoid products rather than only cannabidiol (“CBD”) products and requiring the Utah Department of Agriculture and Food to establish requirements for a license to cultivate, process, or market industrial hemp. Utah is currently drafting a state hemp plan to submit to the USDA in accordance with the 2018 Farm Bill. Currently Utah has approximately 175 licensed hemp growers, approximately 30 licensed hemp processors, and over 700 registered hemp products.

But You Can’t Smoke It

Utah has some unique twists to its cannabis marketplace. Smoking cannabis and hemp is not permitted, even with a doctor’s authorization to use cannabis, but diffusing is. Why? As I wrote in two prior blog posts (see here and here), two dominant global essential oil companies are headquartered in Utah: Young Living Essential Oils and doTERRA. Popular ways to use essential oils include ingesting, including in food and beverages, topical application, and diffusion into the air by use of a diffuser. And because Utah is also the epicenter of natural products, especially dietary supplements, ingestion of hemp products (like hemp-derived CBD) by tablet and capsule top the list of the definitions of approved “Medicinal Dosage Forms.”

In 2019, Young Living Essential Oils acquired Colorado-based Nature’s Ultra, and now Nature’s Ultra’s ads are prevalent on the digital billboards on I-15 and I-215 in Salt Lake County. Recently, a self-proclaimed “Farmer & Chemist” company began advertising on the I-15 corridor. On December 30, 2019, Nevada’s West Wendover opened its first recreational marijuana dispensary just under two hours west of Salt Lake City. Looking ahead, UtahCann, the primary cannabis trade group in Utah, is preparing to hold its third annual Business Conference and Expo on April 25-26.

The Utah cannabis marketplace will continue to develop with uniquely Utah characteristics. We will keep you updated as the markets mature. I predict that Utah will begin to flex its unique international business connections before too long, especially on the back of its behemoth multi-level-marketing (direct sales) companies.